Doctors in Quebec Told They Must Perform Euthanasia 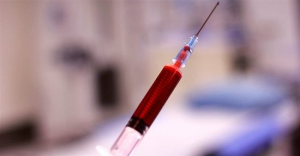 QUEBEC CITY – The government of Quebec is forcing doctors to comply with assisted suicide, whether they like it or not.

According to OneNewsNow, doctor-assisted suicide in the province must have the cooperation of doctors. However, Quebec’s health minister will force doctors to cooperate with the practice, even if they are morally opposed to it.

Alex Schadenberg of the Euthanasia Prevention Coalition stated, “The government of Quebec, which is planning to impose euthanasia upon its people starting on December 10, has basically told the doctors, You will do it. This is a very concerning situation because they’re not saying to the doctors, Oh, we will send somebody and we will [have it done]. No, they’re saying, You will do this. This will be done. This is the law. If someone asks for it, you will carry it out.”

In addition to forcing the compliance of doctors, the health minister is enforcing tighter budgets on hospice programs that care for the elderly leading up to their death. The tighter budgets will make it more difficult for elderly patients to receive the care they need, and some fear this may lead more people to choose euthanasia.

“[The government is telling them if they’re] not going to participate in euthanasia, then [it] will lessen the funding … to palliative care centers who refuse to participate,” Schadenberg said. “So therefore when your mother or your father is needing good care as they’re nearing death, these doctors and nurses who are providing good care will have a tighter budget because they refuse to kill your mother or your father.”