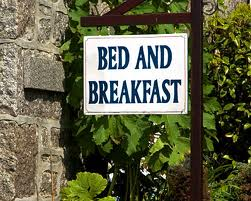 GRAND FORKS, B.C.—The owners of a now-closed bed and breakfast in southern B.C. must pay more than $4,000 for refusing a room to a homosexual couple.

The B.C. Human Rights Tribunal has ordered Susan and Les Molnar to compensate Brian Thomas and Shaun Eadie for injury to dignity and self-respect after their reservation was cancelled at the Riverbend Bed and Breakfast in Grand Forks, about 500 kilometres east of Vancouver.

The Molnars admitted to accepting the reservation in June 2009, but cancelled it minutes later, after confirming Thomas and Eadie are gay.

According to the Molnars, such a lifestyle is contrary to their Christian beliefs and unacceptable in the business they operated as a ministry, with some profits going to the local Mennonite church.

Business operated as a ministry, with some profits going to local church

The human rights tribunal says although the Riverbend was run out of a portion of the Molnar’s home, it was still a commercial activity, subject to laws preventing discrimination based on sexual orientation.

Thomas and Eadie each claimed $2,500 dollars for loss of self-respect, but the tribunal has ordered to Molnars to pay each man $1,500, as well as travel expenses and wages lost while attending last year’s two day hearing in Kelowna.

Read the original article from The Canadian Press at http://www.thestar.com/news/canada/article/1228328–gay-couple-wins-human-rights-battle-after-reservation-cancelled-at-christian-b-b