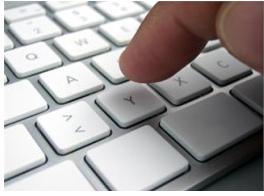 Some surprising changes arrived in the Associated Press Stylebook online.

Associated Press – the largest outlet for print news coverage in North America – recently announced its change in policy, designed to guide the written words of journalists across North America.

Politico’s Dylan Byers reported Monday that the online Stylebook now says that “-phobia,” “an irrational, uncontrollable fear, often a form of mental illness,” should not be used “in political or social contexts,” including “homophobia” and “Islamophobia.”

AP Deputy Standards Editor Dave Minthorn told Politico, “”We want to be precise and accurate and neutral in our phrasing.” But have they passed this neutrality test before?

A quick Nexis search found 199 AP articles using “homophobia” (or close variants like “homophobe” or “homophobic”) over the last two years. There were another 62 articles that used “Islamophobia” or its variants.

The stylebook also now calls “ethnic cleansing” a “euphemism,” and says the AP “does not use ‘ethnic cleansing’ on its own. It must be enclosed in quotes, attributed and explained.”

“Ethnic cleansing is a euphemism for pretty violent activities, a phobia is a psychiatric or medical term for a severe mental disorder. Those terms have been used quite a bit in the past, and we don’t feel that’s quite accurate,” Minthorn explained.

“(The term) homophobia (is) just off the mark… It’s ascribing a mental disability to someone,”

“When you break down ‘ethnic cleansing,’ it’s a cover for terrible violent activities. It’s a term we certainly don’t want to propgate,” Minthorn continued.

“Homophobia especially — it’s just off the mark. It’s ascribing a mental disability to someone, and suggests a knowledge that we don’t have. It seems inaccurate. Instead, we would use something more neutral: anti-gay, or some such, if we had reason to believe that was the case.”

George Weinberg, the psychologist who coined the word “homophobia” in his 1972 book Society and the Healthy Homosexual,  said he disagreed with the AP’s decision.

When Weinberg came up with the term, “it made all the difference to city councils and other people I spoke to,” he told journalist Andy Humm, who shared the quote with The Advocate  and other media.