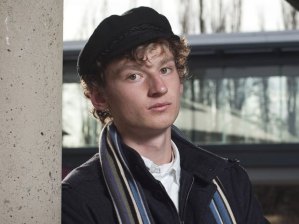 VANCOUVER – A university student in British Columbia is preparing to take his student union to court after it refused to let him start a campus anti-abortion club because it conflicts with its pro-choice position.

Agriculture student Oliver Capko filed a notice of intent to the Kwantlen Student Assocation late last week, which warned the student union it has until Thursday to give his group, Protectores Vitae, official club status or he will seek a court order that the student government “cease from its illegal discrimination” on the basis of belief.

Canada’s pro-life community is rallying around the 18-year-old — who sought to start the club after he arrived on Kwantlen Polytechnic University campus in Langley, B.C., to find there was no group espousing his views — saying this is yet another case of a university trying to censor the activities of pro-lifers.

“Here we have almost a textbook example of exactly the type of attitude that is so prevalent in the mindsets of student politicians that have been elected to student unions,” said the president of the Justice Centre for Constitutional Freedoms, John Carpay, who is representing Mr. Capko pro-bono.

“This is a good opportunity to try to stop this arrogance and censorship in its tracks while it’s happening, and that makes it quite different from other cases [we’re aware of].”

The National Campus Life Network has also helped boost Mr. Capko’s cause, as it has done with the legal battles of pro-life students at other schools, including at the University of Calgary.

Mr. Capko first applied for club status with the Kwantlen Student Association on Oct 12, and learned more than a month later that his request was rejected.

“I was very disappointed to say the least,” he said. “[The student union] pretty much … demanded that our club adhere to the Kwantlen Student Association’s policy that says they support a woman’s right to choose.”

This is a good opportunity to try to stop this arrogance and censorship in its tracks while it’s happening . This change had nothing to do with Mr. Capko’s application, said chairperson of the KSA executive committee, Christopher Girodat.

The student union is a “pro-choice organization” and his group is mandated to spend money in ways that supports that vision — because Protectores Vitae would get funding as a registered club, it didn’t meet student union’s standards, he said.

But Mr. Capko’s club could qualify as a “recognized group” on Kwantlen campus, he said. They get access to room bookings and advertising through the student union but receive no funding.   If Protectores Vitae wanted this status, which other political, religious or otherwise controversial groups at Kwantlen hold, “my instinct is that yes it would be approved,” Mr. Girodat said. “We do recognize the right to assemble on campus and to voice their views to the student body which is why we have recognized groups as a category of campus groups.”

The student union has asked Mr. Carpay to extend his deadline to Dec. 7, when the executive will have the results of a review of Mr. Capko’s complaint.   “I hope it can avoid a court action, I hope they will give the club its status on or before Thursday,” Mr. Carpay said. “But we will file a court action Friday morning if that is not done.”

Read the original story at http://news.nationalpost.com/2012/11/27/pro-choice-student-unions-banning-of-anti-abortion-club-called-more-university-censorship/