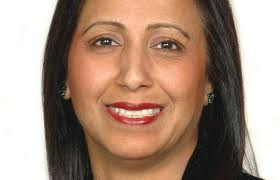 OTTAWA – Conservative MP Nina Grewal, a Sikh, told the House of Commons recently that “political correctness is diluting Christmas in a well-intentioned, but unnecessary, attempt to be inclusive.”

In a statement on December 12th Grewal told the House that Canada has a long history of “tolerance and respect for the traditions of others,” which is why “religious and ethnic communities from around the world come to Canada to find freedom, peace, and a better way of life.”

“It is truly wonderful that all faiths can celebrate openly here in Canada,” she said. “How can we as a society join together to celebrate Diwali, the Chinese New Year, Hanukkah, and Vaisakhi but at the same time rob Christians of the true meaning of Christmas?”

Grewal said that as a Sikh she is not offended when Christians celebrate Christmas in a traditional way.

“Rather, I’m pleased to celebrate with my Christian friends,” she said. “True diversity means respecting the traditions of all Canadians, including those of the Christian majority.”

The MP from Fleetwood-Port Kells, British Columbia, is rated by Campaign Life Coalition as pro-life and pro-family. On September 26, 2012, she voted in favour of MP Woodworth’s Motion 312, to study whether a child in the womb is a human being, based on the preponderance of evidence from modern medical science.

Treasury Board president Tony Clement, who issued a memo to federal public employees last week saying they are free to decorate their workplaces with any seasonal decorations they wish, echoed Grewal’s sentiment.

“Whether it’s displaying Christmas cards, putting up tinsel or bringing out a Menorah, federal employees have every right to celebrate the holiday season in the workplace,” said Clement, adding that, “Christmas and Hanukkah are special times of the year that Canadians look forward to. The lights and decorations lift the spirit and instill the season with a sense of wonder and celebration.”

Clement indicated that the federal government wants to ensure that a situation last year, where the head of Service Canada in Quebec banned all Christmas decorations from Service Canada offices across the province, is not repeated.

“Our government will not allow the Christmas spirit to be grinched,” Clement said.

Read the original article at http://www.pravoslavie.ru/english/58297.htm.