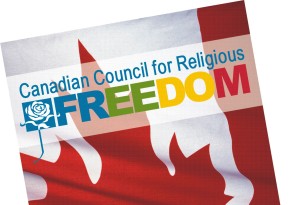 The document, which took two years to compose, outlines the goals and stratedies of the CCRF in defending the freedoms of individuals and faith communities across Canada.

Father Geoffrey Korz, Chair of the coalition of traditionally-minded faith groups outlined the goals of the organization.

“For us, religious freedom means allowing people of faith to have a meaningful place at the table, in any issue that’s up for debate,” he said.

“People of faith must have an equal say with everyone else living in our free and democratic country. We must be free to share our views, to act on them, and to be sure we’ll be free from anti-religious and anti-Christian attacks,” the chair explained.

He outlined the four areas of focus the Council plans to address in the months ahead. These include:

You can read the full version of the CCRF Profile here:

← Secularism Is Not Atheism
Care for some Anti-Christian hate with that? →