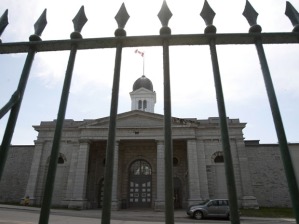 The federal government has decided to end its contracts nationwide with minority-faith chaplains who had been working part-time in Canada’s federal prisons.

Full-time chaplains who remain will be expected to provide spiritual guidance to inmates of all faiths. “The Minister strongly supports the freedom of religion for all Canadians, including prisoners,” Julie Carmichael, a spokeswoman for Public Safety Minister Vic Toews, said late Thursday night.

“However, the Government of Canada is not in the business of picking and choosing which religions will be given preferential status through government funding. The Minister has concluded his review and has decided that chaplains employed by [the Correctional Service of Canada] must provide services to inmates of all faiths.”

Toews ordered a stop to the tendering of new contracts last month after he announced that he was “not convinced” all chaplaincy services were an appropriate use of taxpayer money.

Kate Hansen, a Wiccan priestess who has been serving inmates in B.C. for six years, said Thursday night she was dismayed by the decision.

“I can’t think of why they would think this is a good way to treat people.”

Hansen said she learned the news in an email from Dwight Cuff, regional chaplain for the correctional service’s Pacific region.

The email cited a memo from Don Head, commissioner of the correctional service, who said the government had decided to move exclusively to a “full-time chaplaincy model with continued reliance on the voluntary support of our community partners.” Renewal options for all part-time contracts “will not be exercised.”

The memo said the correctional service would seek input from inmates on how to implement the new model.

“This is very new to all of us and we should take some prayerful time to reflect, discuss and discern how we might respond,” Cuff said in the email.

Monique Marchand, president of the Interfaith Committee on Chaplaincy, which advises the correctional service on the spiritual care of inmates, said in an interview last month that chaplains provide a “calming effect” in prisons and help reduce recidivism. Cuts to any of the services would be unfortunate, she said.

“The return on investment is amazing for very little money.”

Read the original article at http://news.nationalpost.com/2012/10/05/federal-government-ends-contracts-with-minority-faith-chaplains/