Judge: Parents have no right to know what activist taught their children in school 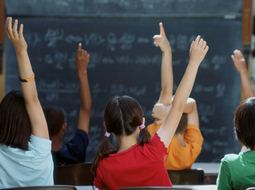 Parents and ratepayers in a Hamilton area school board will never know exactly what a homosexual activist told their children during a Gay-Straight Alliance (GSA) assembly a year ago.

The Information and Privacy Commissioner (IPC) of Ontario upheld last week the decision of the Hamilton-Wentworth District School Board (HWDSB) to “deny access to the record” of the speech.

Suresh Dominic of Campaign Life Catholics told LifeSiteNews.com that parents of school children should be “outraged that they have been denied the right to know what is being taught to their children.”

Last November, a certified teacher named Laura Wolfson was invited as a guest speaker at a school-wide GSA held at Parkside High School in Dundas. Wolfson reportedly identified herself to the 400 students as a lesbian “youth worship leader” from a synagogue and held herself out to be an authority on Old Testament Scripture.

Wolfson allegedly sought to discredit Catholic teaching on homosexuality by suggesting that since the eating of fish on Fridays was no longer adhered to, neither should biblical teachings on homosexuality.

She allegedly began her treatment of Scripture by providing a definition of the word “abomination,” after which she pointed out that two offenses other than homosexuality were labeled “abominations” in the Bible. They were “not keeping the Sabbath holy” and “getting drunk”. Wolfson suggested that since no one would condemn these two acts as “abominations” today, then it made no sense to condemn homosexual acts either.

Parents, ratepayers, and pro-family groups were outraged that school officials invited a speaker who publicly discredited Judeo-Christian beliefs. Many saw this as a foretaste of what Premier Dalton McGuinty’s newly proposed anti-bullying legislation, Bill 13, would bring into the schools. Critics warned that McGuinty’s bill concealed a radical agenda that would trample religious freedom and parental rights.

Parents, ratepayers, and pro-family groups demanded to know what exactly these children had heard.

Last March, LifeSiteNews.com filed a request to the HWDSB asking for a copy of Wolfson’s speech, which the HWDSB admitted to having.

HWDSB denied the request in May, saying that releasing the speech would constitute an “unjustifiable invasion of personal privacy”.

LifeSiteNews appealed that decision, filing a Freedom of Information request with the IPC on behalf of parents, ratepayers, and pro-family groups, again asking for Wolfson’s speaking notes to be released.

In the appeal, LifeSiteNews argued that there was “no reason why the contents of the speech should be kept private” since it was “publicly delivered” in front of students and staff at a public high school funded by tax dollars.

“It defies reason that what has been presented to school children and staff at a publicly funded school during a school wide assembly should be kept hidden from parents of school children and ratepayers in the HWDSB district,” wrote LifeSiteNews in a submission.

But IPC adjudicator Stella Ball sided with the HWDSB, preventing the release of Wolfson’s speech.

Ball, in her decision dated October 31, wrote that she was “not convinced” that “compelling public interest in disclosure arises out a need to know what publicly funded school boards are teaching students.”

Ball also stated that since the speech mentions “the affected party’s sexual orientation and religious beliefs and associations” its release would “constitute an unjustified invasion of the affect party’s personal privacy [according to section 14 of the Municipal Freedom of Information and Protection of Privacy Act].”

Steve Jalsevac, managing director of LifeSiteNews, said he was “not impressed by the heavy freedom of information red tape that seems intended to discourage citizens and media from obtaining information they have a right to.”

“After repeated efforts, using every possible channel to get the information we sought and following all the proper procedures, we have been denied, denied, denied,” he said.

Jalsevac pointed out the system appears to allow “manipulative persons” who might be operating within the context of a “homosexual ideology” to “withhold information they have no right to withhold.”

The Hamilton case is proof that a shroud of secrecy and deceit is being thrown over what appears to be a blatant homosexual agenda for school children.

Geoff Cauchi, legal council for LifeSiteNews, told LifeSiteNews that the IPC commissioner may have “committed an obvious ‘error of law’ in its finding that there is no ‘compelling public interest in disclosure’ in this case.”

“It seems to be that there is an obvious public interest in disclosure where there are serious allegations that a public high school, by sponsoring the speech of the speaker, has committed a breach of the Education Act, and/or infringed upon the Charter right to freedom of religion of the students and their parents,” he said.

Cauchi said that the budget for a “judicial review” that would challenged IPC’s decision would be in the neighborhood of $15,000. The cost prohibits LifeSiteNews.com from pursuing the matter further.

Suresh Dominic called IPC’s siding with the HWDSB “proof that a shroud of secrecy and deceit is being thrown over what appears to be a blatant homosexual agenda for school children.”

Dominic pointed out that “these violations will continue to happen in our schools unless parents band together and demand transparency and accountability.”

“Parents must not be hoodwinked by the radical sexual agenda that homosexual activists have in store for their children. Parents and other tax payers must take back the schools for their kids,” he said.

Read the original article at http://www.lifesitenews.com/news/judge-parents-have-no-right-to-know-what-homosexual-activist-taught-their-c