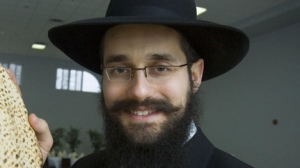 TORONTO — Police won’t say how they’ll handle an anti-Islamist firebrand set to give a speech in the city — after police in York Region forced a rabbi to cancel her scheduled talk at a synagogue there.

Pamela Geller, a controversial speaker best known for protesting a planned mosque near Ground Zero in New York and plastering that city’s subway system with anti-jihad ads, will speak May 13 at the Toronto Zionist Centre, a pro-Israel rental space.

Geller, who is being brought in to speak by the hard-line Jewish Defence League (JDL), was originally supposed to lecture at the Chabad Flamingo Synagogue in Thornhill, Ont., but York Regional Police threatened its rabbi with his removal as a police chaplain if he let the event happen.

Many of Geller’s speeches in the past have drawn protesters. A Geller talk in New York last month was cancelled and moved to another venue, but not without a heavy police presence.

The JDL’s Meir Weinstein told QMI Agency his organization will have at least 30 of its own security personnel for Geller’s Toronto lecture and they’re prepared for physical altercation with protesters.

“We’re quite prepared for anything that disrupts the event,” Weinstein said. “If it does happen, we’ll be ready. And anyway, we expect (Toronto) police to do their job.”

The police, however, were not forthcoming as to what that job would be.

“We don’t speculate on what may or may not happen at events,” is all spokesman Const. Tony Vella would say, adding no one from Toronto Police’s hate crimes unit was willing to speak about the coming event.

The Toronto Zionist Centre, named after a term used to describe the fight for a secure state of Israel, has had problems with past protests.

Several people were arrested and an officer suffered a broken rib during a protest at a January 2011 talk given by the founder of the English Defence League, a U.K.-based anti-Muslim group.

The centre’s director, Joseph Winter, was polite but defiant when presented with the possibility of police asking he cancel Geller’s talk.

“Unless somebody breaks the law, I would say you can’t do that,” Winter said, adding he had “faith” police would keep the peace during Geller’s lecture and that it “is not breaking the law to have someone speak in your building.”