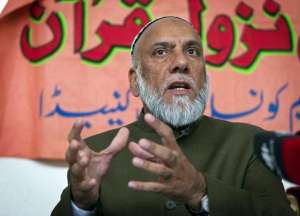 CALGARY – It’s a sign of just how ignorant some Canadians are of Islam’s basic tenets that a prominent Calgary cleric feels the need to come up with a “checklist” to help steer would-be converts to mainstream Islam and away from the embrace of radical ideas on the Internet and elsewhere that distort the religion.

But Imam Syed Soharwardy’s Islamic “guide for the perplexed” speaks to a concern that Canada’s Muslim community has been addressing in many ways by decrying fringe radicalism of the sort that inspired the recent attack on Parliament and the National War Memorial, attacks on members of the military and other crimes. People are being lured astray.

Not every Muslim will agree with every aspect of Soharwardy’s checklist, which he hopes to publicize widely. But its virtue is that it invites potential converts to ponder whether the messages they are getting from the Internet or other sources, from fellow Muslims or from clerics in Canada or abroad reflect the interpretations and traditions of the majority of Muslim communities and scholars. Or whether they reflect a fringe ideology of hatred and violence. In effect, it is a litmus test for tolerance.

At a time when there is concern that Canadians and others are being radicalized and recruited to fight for the Islamic State jihadists and other groups abroad, this is a useful initiative.

No religious counsel is likely to deter a self-radicalizing person who is driven to violence by extreme political views or deeply personal problems. That’s hoping for too much. But for people who are only beginning to explore one of the world’s great religions this may help point them in a healthy direction, one shared by the vast majority of Muslims in this country.
Read the original article here.