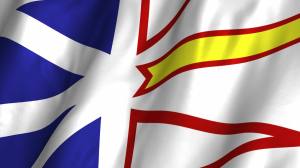 ST. JOHN’S, Newfoundland – A Supreme Court judge in Newfoundland says the province discriminated against a marriage commissioner who was forced to resign in 2005 after she refused to conduct same-sex “weddings.”

Newfoundland Supreme Court Justice Alphonsus E. Faour said that the province’s conduct was “a prima facie case of religious discrimination” on the basis of Desirée A. Dichmont’s religious beliefs.

In his February 9 ruling, he ordered the province’s Human Rights Tribunal to give a full hearing to a complaint by Dichmont complaint that the province violated her religious and conscience rights.

A Second World War veteran and recipient of the Queen’s Golden and Diamond Jubilee medals, Dichmont was a marriage commissioner from 1997 to 2005. As a Christian, she believes marriage is a lifelong commitment between one man and one woman.

In January 2005, Ms. Dichmont was forced to resign as a civil marriage commissioner after receiving a letter from the province demanding that she perform same-sex “marriages.”

She subsequently filed a complaint with the Human Rights Commission claiming discrimination and a failure to accommodate her Charter-protected religious beliefs, a complaint which in late 2012 was summarily dismissed for “insufficient evidence.” The Commission and the government submitted that the decision was reasonable and within the scope of their authority.

In his ruling this week, Justice Faour said that the Commission’s failure to provide reasons for dismissing Dichmont’s complaint, and its denial of an opportunity to have the question of religious discrimination and the reasonableness of accommodation options considered by a board of inquiry, meant that the Commission’s decision was itself unreasonable.

Justice Faour concluded that, in providing non-discriminatory services to its citizens, the government is obliged to balance the religious rights of those who provide those services, and this requires an “examination of the various mechanisms for accommodating religious beliefs in that context.”

One means of accommodating religious beliefs in the context of marriage commissioners that Justice Faour pointed to in his ruling was an “alternate administrative mechanism where in marriage commissioners could be assigned cases by a central authority, thereby accommodating their beliefs, without discrimination towards those seeking service,” or “single entry point” system.

Dichmont was represented in the drawn-out case by a legal team of three members of the Christian Legal Fellowship (CLF), an organization of legal professionals that seeks to uphold Judeo-Christian values through court interventions and parliamentary consultations.

Deina Warren, an Ontario lawyer and member of the CLF legal team, said in a statement following the ruling that, “Justice Faour’s decision sends a clear message that governments across Canada must recognize the legitimacy of religiously-based accommodation complaints and act to accommodate those beliefs to the point of undue hardship.”

“His decision points to the ‘single entry point system’ as an option requiring serious consideration by not only the Newfoundland & Labrador government but those across the country,” Warren added.  “It should also remind human rights commissions that prima facie cases of religious discrimination such as this one cannot be summarily dismissed without a thorough hearing dealing with the reasonableness of possible accommodation.  In this case, there is finally an opportunity for those issues to be addressed in such a hearing before the Newfoundland Human Rights Tribunal.”

CLF lead counsel Philip Fourie said, “We are happy that the court has directed the Newfoundland and Labrador Human Rights Tribunal to hear Ms. Dichmont’s complaint and review her request for accommodation. While she respects the government’s decision to solemnize same-sex marriages, she also sees the necessity for the government to equally respect and accommodate her sincerely held religious beliefs.”