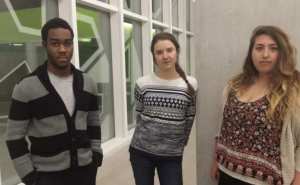 TORONTO — Ryerson Students’ Union’s board of directors has unanimously rejected an appeal of an earlier decision to refuse Students for Life at Ryerson (SFLR) recognition as an official campus club.

The February 23 appeal decision is the student union’s final word. “We weren’t surprised, but we were frustrated,” says Students for Life vice-president Carter Grant.

The pro-life group has taken the fight to the university’s administration, asking Ryerson President Sheldon Levy to intervene. Grant, a second year business major, urged supporters to contact Levy as well. “This is kind of our Hail Mary pass,” he told LifeSiteNews.

The pro-life group has also asked Ryerson Students’ Union’s directors to explain the ruling, but have received no response. “Transparency isn’t always there,” Grant observes wryly.

However, RSU’s Student Group Committee did provide reasons for its original refusal in November to register Students for Life at Ryerson. RSU President Rejean Hoilett wrote in an email that the students’ union “opposes … groups, meetings, or events that promote misogynist views towards woman and ideologies that promote gender inequity, challenges women’s right to bodily autonomy, or justifies sexual assault.”

According to Calgary-based constitutional lawyer Carolyn Crosson, counsel for the pro-life students, the “assertion that just because you believe in a pro-life message that you then are a misogynist, that you hate or dislike women…or that you support sexual assault” is not only “preposterous” but “very offensive.”

“If the student union is going to accuse students of serious things like misogyny, they should be prepared to explain the basis for that,” Grant pointed out in a February 24 press release. “We are still waiting for an explanation.”

Hoilett’s email also stated that RSU supports only the “pro-choice position” which, as Crosson pointed out, contradicts Ryerson University’s stated policy of “freedom of expression.”

The pro-life group, which has an executive of three and a membership of 31, wants to educate students on pro-life issues, and be able to provide alternatives to abortion for pregnant students. But without official status, it is severely limited: it cannot book rooms, hold events, or receive funding.

Grant tried in 2013 to register a pro-life club called Preserving Human Dignity at Ryerson, and was denied. Then RSU President Melissa Palermo explained in an email: “After your presentation the committee had concerns regarding your groups proposed events. Your group discussed that though students from either side of the debate was welcome, some students might not feel comfortable.”

This time, Grant has received numerous messages from collegians and pro-life supporters across Canada who have been involved in similar situations, telling him to “keep up the fight,” he told LifeSiteNews. Many have assured him that the club will eventually be recognized. Meanwhile, Students for Life at Ryerson is considering partnering with sympathetic registered clubs, and is awaiting a response from President Levy.

The Calgary-based Justice Centre for Constitutional Freedoms has rated Ryerson Students’ Union among the five worst student unions in Canada in allowing freedom of expression.