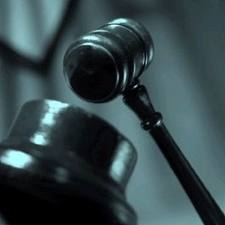 The lawyer for an anti-abortion activist jailed for entering a Toronto abortion clinic last fall is appealing her conviction, saying he thinks the judge may have left the impression of bias during a verbal skirmish in which the judge told his client: “Your God’s wrong.”

Justice S. F. Clements launched a “conditional attack on the Christian God” during the March 21 hearing at the Ontario Court of Justice, in which Mary Wagner was convicted of mischief and breach of probation, apellate lawyer Peter Boushy plans to argue during the forthcoming appeal hearing.

“I think it could be certainly argued on appeal that the justice’s conditional attack on the Christian God, along with the tenor and content of his other comments that day, gives rise to a reasonable apprehension — and I stress the word ‘apprehension’— of bias by [the judge],” Mr. Boushy said in a statement to the Post.

Court transcripts reveal a tense exchange, first between Judge Clements and one of Ms. Wagner’s supporters in court and then between the judge and Ms. Wagner.   After the man was ordered out of the court by Judge Clements, the judge turned to Ms. Wagner and said “Ms. Wagner is smiling. You don’t get it, do you Ms. Wagner?” before saying she does not know what the law means.

She asked him to explain it.   “If you think that you have some higher moral authority that allows you to break [the] rule of law, that allows you to go to that clinic, to allow you to disregard the rights of other people to use that clinic, to disrespect those people, then you are wrong, and your God is wrong, because no God would tolerate that,” Judge Clements said.

You are wrong, and your God is wrong, because no God would tolerate that…

Later in their exchange she said she would not stay away from abortion clinics in the future.   “You are going to go to jail,” the judge said.

He found Ms. Wagner guilty of entering Bloor West Village Women’s Clinic the morning of Nov. 8, 2011, approaching patients in the waiting room, refusing to leave and pushing on a door being closed on her by staff to prevent her entry into a secure area of the clinic. Ms. Wagner was already on probation for a previous mischief charge and was barred from contacting clinic staff or being at least 500 metres from its doors when she appeared that day.

In her victim impact statement, clinic co-owner Patricia Hasen said Ms. Wagner returns to the clinic despite her legal restrictions, adding that it puts employees in an “emotional tailspin when a staff member says ‘Mary is here.’”

A devout Catholic, Ms. Wagner’s pro-life activism has earned her a lengthy criminal record made up of mischief charges and jail time connected to her abortion clinic protests in Toronto and Vancouver. She is friends with Linda Gibbons, a well-known anti-abortion activist who will hear from the Supreme Court this week if she had been appropriately dealt with in the courts. In fact, Ms. Wagner and Ms. Gibbons encountered one another in prison shortly after the November incident, friend Leeda Crawford said.

‘If you think that you have some higher moral authority that allows you to break [the] rule of law … then you are wrong, and your God is wrong, because no God would tolerate that’   In his sentencing, Judge Clements dismissed a joint submission from Crown counsel Derek Ishak and defence lawyer Russell Browne that took time served into account, saying it was “not substantial enough if she is not going to abide by court orders.”

“You know, get a grip. She sure wouldn’t like it if somebody was standing on her doorstep everyday pushing her around. If I had the power to do that, that is what I would do. I would have somebody in her face every day, go and rattle her door. How would she like that?” Judge Clements went on to say.   Mr. Boushy said he will raise concerns about that comment as well as the judge’s exchange with Ms. Wagner over what is meant by the rule of law.

“There is simply no authority under the criminal code for a judge to so engage an accused during the sentencing process since all accused have the time honoured right to remain silent,” Mr. Boushy’s statement went on to say. “And this is for good reason. Because soon after this engagement, a fairly extensive debate ensued between Mary Wagner and the judge, the fruits of which the judge then used as an aggravating factor on sentence.”

Judge Clements sentenced Ms. Wagner to an extra three months in jail. She was released May 21st, and is now in Illinois taking a religious course, Ms. Crawford said.

Mr. Boushy will get the date for the appeal hearing later this month and doesn’t expect it to take place until fall.   Judge Clements did not respond to requests for comment.